ChuteDr.com helps you keep your appointments 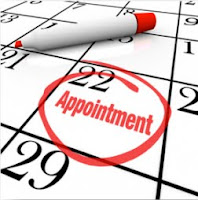 If you have built a quote for budgeting purposes or a future purchase and saved it, the Chute Doctor system automatically sets a reminder date at 5 days after the creation of the quote. You will receive an automated follow up reminding you of the saved quote and to check back in to buy. This automated reminder will include a link to the quote for your convenience. After the first reminder you will receive subsequent reminders every 30 days until you manually change the date, place the order, or delete the quote. A shared quote is treated the same as a new quote.

At any time you can go to the "Saved Quotes" link at the top of the page and edit the next date, place the order, or delete the quote. The date field includes a handy calendar to select the date easily. You can set the date out as far as you like for the reminder. A link to the quote is provided in the follow up email as well.
Posted by The Chute Doctor at 7:53 PM

Email ThisBlogThis!Share to TwitterShare to FacebookShare to Pinterest
Labels: Services

Recognizing the expertise The Chute Doctor brings to the market, and a need for reliable distribution of replacement parts, complete chutes, and professional service to the regions' customers with Century Chute products, The Chute Doctor is proud to offer the entire Century Chutes product line.

If you have chutes manufactured by Wilkinson Chutes, Wilkinson Hi-Rise, Century Chutes, Midland Chutes, Architectural Refuse Solutions, American Chutes, US Chutes, Chutes International or others, The Chute Doctor has the parts you need. Call our helpful sales staff at 800-755-CHUTE (2488) for assistance.
Posted by The Chute Doctor at 7:53 PM 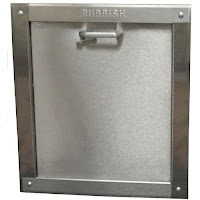 While Architectural Refuse Solutions (ARS Chutes) has closed their doors, ChuteDr.com continues to carry the largest inventory of replacement parts and repairs all models of ARS Chutes' doors. Check out the specs of our "W" series parts and doors to find your matching parts or call us at 800-755-CHUTE (2488).
Posted by The Chute Doctor at 7:52 PM

Email ThisBlogThis!Share to TwitterShare to FacebookShare to Pinterest
Labels: Parts

Prolitec Inc. of Madison, WI has selected The Chute Doctor as their western states Certified Service Provider and reseller of their patented ambient air scenting services and products.
Posted by The Chute Doctor at 7:52 PM

Manufactured Specialties Inc., a distributor of chute doors and products, recently recommended The Chute Doctor for the repair of trash chutes at The Heritage Townhomes in San Diego. In his letter, Manufactured Specialties Inc's President Mr. James Foy cited an inability to meet the HOA's "Vendor Contractor Agreement" as the reason for withdrawing their proposal and recommending The Chute Doctor. Mr. Foy is also a representative for Specialty Building Components of Pico Rivera and Whittier CA.
Posted by The Chute Doctor at 7:51 PM

Email ThisBlogThis!Share to TwitterShare to FacebookShare to Pinterest
Labels: Praise for Chute Doctor 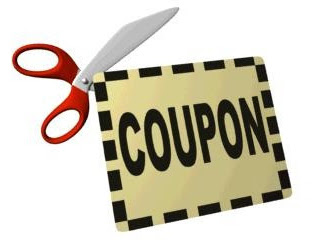 The Chute Doctor announced today the issuance of a 5% discount coupon to all customers who create an account at ChuteDr.com. This discount is applied in addition to quantity and customer level discounts already provided new customers. Use coupon code NEW 2013 at checkout to receive an additional 5% discount on most products.

Posted by The Chute Doctor at 7:51 PM

Email ThisBlogThis!Share to TwitterShare to FacebookShare to Pinterest
Labels: Promotions 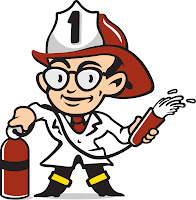 Colorado Springs, CA, December 10, 2010 KRDO.com -- Residents at Eagle Ridge Apartments on Vindicator Drive in Colorado Springs got an early wake up call Friday morning. Fire crews responded to alarms shortly before 2:00 AM. Residents were evacuated while crews figured out the cause of the smoke. Crews were able to quickly contain the fire, located in the trash chute of the building.1

This story illustrates the importance of annual fire door inspection and certification, and making sure all chute fire doors are always in good working order!
Posted by The Chute Doctor at 7:50 PM

Now, Discounts on all Parts to Service Customers

The New Jersey Society for the Prevention of Cruelty to Animals has charged Kisha Curtis with four counts of animal cruelty.

Society spokesman Frank Saracino told The Star-Ledger of Newark the 28-year-old could face up to six months in jail, a $1,000 fine or community service if convicted.

A custodian found the red pit bull mix, who has been named Patrick, in a trash bag on March 16.

The dog was taken to Garden State Veterinary Specialists in Tinton Falls, where it was determined the dog was severely anemic and malnourished.

Doctors say Patrick will be put up for adoption if he continues to improve and recovers.

Police say he threatened roommate with knife, dived into chute when officers arrived

HONOLULU; Honolulu emergency crews rescued a naked man from a trash chute of a Waikiki apartment building early Thursday morning. The call to 911 was made just before 4 a.m. A man living on the seventh floor of 1717 Ala Wai Blvd. called police to report that his roommate, who he said had been drinking heavily, physically assaulted him and threatened him with a knife.

When officers arrived, the suspect ran and jumped into the trash chute. He lost his shorts on the way down and was stopped by the trash that had piled up to the third floor, police said.

Posted by The Chute Doctor at 7:49 PM

Why call ChuteDr Professionals to unclog my chute?

Man survives a scare in tower's garbage chute. By Howard Buck The Columbian.

Shortly before 3:40 p.m., a 74-year-old resident fell into the chute on the 10th floor of the downtown building, said Jim Flaherty, spokesman for the Vancouver Fire Department.

Firefighters rushed from Station 82 to find the man face down in the chute, with only the bottom part of his legs exposed and his wife holding on for dear life.

"He had apparently been trying to dislodge cardboard or something, kept leaning in and finally, went in," Flaherty said.

"Our belief is that he would have gone straight down (the 10-floor drop)," Flaherty said.

Three firefighters arrived within five minutes, Flaherty said. They called for more help, but then quickly took matters into their own hands.

Understandably, the man was upset at his situation.

"He started to kick and flail, his pants fell down," Flaherty said.

The firefighters told him to twist one arm up, the other down, then firmly pulled him out.

The ordeal lasted about eight minutes from the emergency call, Flaherty said. The victim emerged scraped and bruised, but no worse for wear after firefighters checked him out.

Flaherty declined to give the man's name.

The man refused medical transport. "I think he had enough," Flaherty said.

"Can't say we've had one of those before," he added.

Posted by The Chute Doctor at 7:49 PM

See more information on SpaceGuard Products at Spaceguradproducts.com and call us to discuss your needs.

Posted by The Chute Doctor at 7:48 PM

Email ThisBlogThis!Share to TwitterShare to FacebookShare to Pinterest
Labels: Services

The ChuteDr Cleaning Solution is biodegradable, non-toxic, non-pathogenic, and non-caustic, and even cleans the drain lines! It combines patent-pending surfactants for immediate cleaning and a proprietary blend of concentrated bioenzymatic actives for degrading the most resistant grease molecules, the long-chain fatty acids. Each application removes layers of embedded soil and grease. Regular use prevents food and grease waste build-up.
Posted by The Chute Doctor at 7:47 PM

Email ThisBlogThis!Share to TwitterShare to FacebookShare to Pinterest
Labels: Parts

The Creep Show Inside Your Trash Chute

Check out the BrickUndergroundNY blog article, "The creep show inside your trash chute, and why you should care." "When not properly installed, maintained and kept clean, trash chutes in conjunction with compactors often provide the number one optimal environment for urban pests,"  Gil Bloom, the vice president of Standard Pest Management in Queens, recently told BrickUnderground..."
Posted by The Chute Doctor at 7:46 PM